The second season of Pushpavalli is as engaging as season one. The eight-episode long run leaves you craving for more by the time it ends. 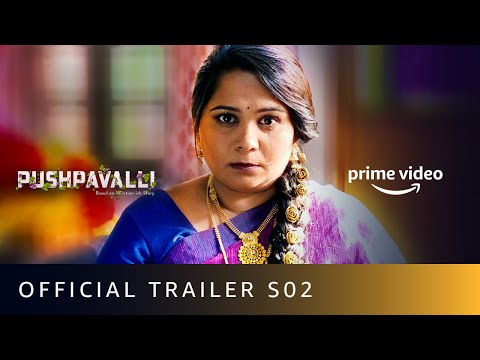 After a gripping season 1, Sumukhi Suresh comes back with the second season of a show she calls her own embarrassing story. Season one of the show introduced us to Pushpavalli, this sociopath who is crazy about a man she bumped into at a food conference. We were introduced to her world, which involves her workplace, PG and her mother, but most of her world revolves around her crush, Nikhil. The first season ended on a rather brutal note when Pushpavalli got rejected by Nikhil, the person in pursuit of whom she changed cities.

The first season left the viewers on a cliffhanger. The second season picks up quickly from there. Pushpavalli is now in revenge mode. She is back in Bangalore but for a different purpose this time. The show keeps reminding us as well as her what happened earlier in a flashback montage so that Pushpavalli doesn’t forget. She has built a different arc for herself this time. She is in Bangalore to spend time with her fiance whom she recently got engaged to. She manipulates Pankaj into giving her back her job at his children’s library. And all this while having one main goal in her mind which is to inflict revenge on Nikhil.

This time as well, the team of phenomenal writers lead by Sumukhi herself create a masterful storyline. In comparison to the first season, the second one seems to be more thought out and comprehensive. As the show progresses, you root for Pushpavalli even more despite knowing how adverse the consequences of her actions might be. Perhaps, the biggest success of the show lies in this. You feel the emotions she feels throughout and empathise with her actions. This also in itself serves as a welcome win for the show as it clearly makes the viewer realise the difference between empathy and sympathy.

However, the thing I missed in both instalments was the attention on other characters’ backgrounds. For example, I would have loved to know the reason behind Pankaj’s brash behaviour. His wit and the way he blends sarcasm into normal conversations is something to envy but his behaviour is certainly not. Another character I was interested to know more about was Vasu, the cunning landlady of the PG Pushpavalli kept coming back to. I often wondered what was the cause of her unpleasantly harsh conduct with the PG girls. Nevertheless, her comic timing is one of the best in the show. And perhaps, the show is precisely named to talk about only that one character.

As in the first season of Pushpavalli, all the actors do a fantastic job. Sumukhi Suresh’s Pushpavalli is the centre of the show. Her writing reflects in her performance. Everything she does on screen is just on point. Neither less nor more. And the centre of Pushpavalli’s world, Nikhil played by the hunky Manish Anand is an apt choice of casting. He portrays the innocence, sweetness and charm his character possesses with perfection. Vasu and Pankaj are characters to watch out for throughout the show. They never disappoint you. A new addition in the second season is Vidyuth, Pushpavalli’s fiance played by Vidyuth Gargi. His performance is also well-equipped with the right amount of naivety required to oppose Pushpavalli’s sharp wit and cunningness. Urooj Ashfaq and Sumeira Sheikh’s voyeuristic girl duo Tara and Srishti also get some of the best lines in the show. Their appearance on the screen guarantees funny banter for the viewer.

The second season of Pushpavalli ends with Swati, the girl Pankaj likes having had enough of Pushpavalli but I surely haven’t. The season ends with decent suspense. I would love to see where Pushpavalli manages to take herself after the operation she carried out in the climax of this season.