Major releases on 2nd July 2021 in Hindi, Telugu and Malayalam but the medium of release remains uncertain. 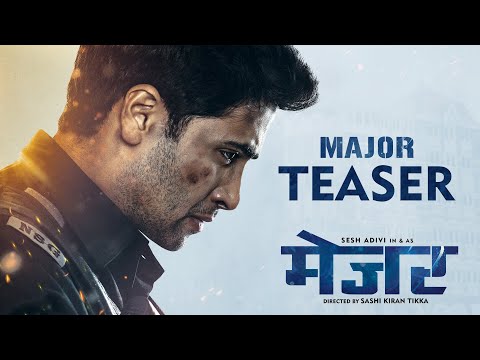 Major is based on the real-life heroic story of Major Sandeep Unnikrishnan who was martyred while fighting against the terrorists in the 26/11 attacks in the Taj Mahal Palace, Mumbai.

The teaser starts with Major Sandeep standing surrounded by fire from the bomb blasts, blood dripping from his body. Then, the teaser shows us Major Sandeep as a child, then as a young man and finally as a soldier, serving the country.

Major not only shows the story of Major Sandeep’s bravery in the terrorist attacks but also his early life including the woman he loved played by Saiee Manjrekar.

Made in Heaven star Sobhita Dhulipala also stars in the movie and seems to be playing a guest at the hotel.

With powerful background music, Major’s teaser shows us various shots of drama, action, emotions and romance - all of which we will get to see in the movie.

The teaser ends with Major Sandeep’s memorable words, “Don’t come up. I’ll handle them.” What a hair-raising moment!

Due to the prevailing conditions, it is still uncertain where the movie will be released.