Shoba T. Mathur works for the Central Government in India and her job is to create awareness against child-marriage and other social evils that prevail due to general misinterpretation of the Hindu Sh ... astras that demean women, particularly in Dhabri, a village in the state of Rajasthan. She does succeed in recruiting a young housewife, Saanvri, the mother of a young girl, Kamli, and wife of rickshaw driver, Sohan. Saanvri goes around the village raising awareness, and incurs the wrath of the village elders, mostly members of the Gujjar family. 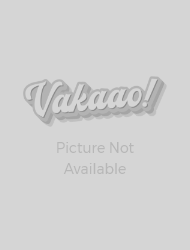